From introspective solos to collaborations with musicians around the world, her inspiration is rooted in her native Estonia's Võrumaa region. Tuulikki draws creative energy from the people and places she encounters and seeks to capture this in her adventurous music. Her musical imagination is expansive and bold exploring ways to adapt her accordion to different surroundings - from the concert hall to the open-air festival.

Tuulikkis latest projects include playing with the Estonian National Symphony Orchestra and collaboration between her Estonian Folk Chamber Orchestra and renowned conductor Kristjan Järvi. Accordion quintet Accordionesse featuring Tuulikki, Hannah James, Karen Tweed, Mairearad Green and Teija Niku debuted at Celtic Connections festival in 2018.  One of her long time musical partners is Finnish pianist and composer Timo Alakotila, who also appears on the last album "Storied Sounds". Tuulikki has released five albums and an EP in Europe and Japan, she tours actively in different parts of Europe and Asia. Her next solo album is released in 2019.

"Tuulikki is at her best when just playing and improvising on her accordion; the music feels relaxed, spontaneous, dreamy, it's music for the soul."  folkworld.de

"Bartosik blends the traditional with the experimental, with small phrases and her occasional wordless vocal accompaniment providing unexpected surges of emotion. The character and feeling that she injects into her compositions and arrangements allows for a renewed appreciation of the accordion as a contemporary instrument." Arusa Qureshi, The List

"Gradually filling the space with polyphony, this music narrates at the same time about the eternal and fleeting. In the sound vibrations of an accordion, the intonations of ancient Võrumaa chants and changeable motifs in the spirit of the neoclassical works of Eric Satie are captured." ????? ??????, Zvuki.ru 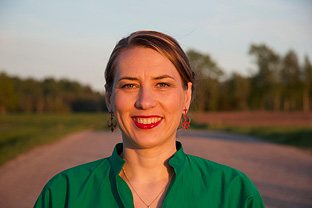